Welcome to My Hiroshima

This website is all about Hiroshima, the city that I call my permanent hometown. I was born in Hiroshima in 1954. My grandmother was one of the victims of the atomic bombing of the city in 1945. I grew up in the city, witnessing how the citizens of the city lived and how the city was rebuilt.

This website has one single objective—to advocate the non-use and abolition of nuclear weapons through the experience of Hiroshima and its citizens.

The use of atomic bombings on Hiroshima and Nagasaki in August 1945, which killed 210,000 people, mostly civilians, by the end of the year, was a crime against humanity. One of the doctors to arrive in Hiroshima after the blast wrote: “Tremendous numbers of unidentified corpses were piled up and cremated on the spot. The injured and irradiated continued to die. Day and night in every corner of the city, corpses are piled upon the corpses and burned.”

The atomic bombings were indiscriminate attacks. Hiroshima and Nagasaki were selected as targets because they had “a large urban area of more than three miles diameter” and they were deemed to “be capable of being damaged effectively by a blast.” The bomb was dropped over the commercial hub in Hiroshima, with the city’s port and industrial areas located over four kilometres away and not damaged by the blast.

Also inhumane were the US post-war interactions with the survivors (hibakusha or atomic bomb-exposed survivors) which were solely for examination of the medical effects on humans and not for treatment. More regrettably, the publication of any reports on medical effects was prohibited (for six years), including those reports intended to help medical professionals treat survivors with unprecedented burn injuries and previously unknown radiation sickness, who were dispersed throughout Western Japan.

The survivors were faced with a shortage of food, medicine and housing. Hiroshima, having lost a large part of its tax base, was unable to help them. The ban on the dissemination of atomic-bombing related information imposed by the GHQ (General Headquarters) of the Allied Powers made it difficult for the Japanese Government to offer special assistance to the survivors. It was only when John Hersey’s article “Hiroshima” appeared in the New Yorker in May 1946, did become known outside Japan what happened with the people on the ground in Hiroshima, a city where even bricks and tiles were melted by the heat flash and subsequent fires. It was in 1972 when free health care finally became available to the qualified survivors.

Despite the fact that their sorrow and suffering were caused by a crime against humanity that was committed by the US Government and those involved in the production and delivery of an atomic bomb, few survivors are demanding an apology from those who committed the crime. Some survivors merely want those who committed the crime to understand the sorrow and suffering they experienced. More importantly, there virtually is consensus among the survivors that it is the war—war in general—that should be blamed and that it is their obligation to continue to voice their fervent wish, “No More Hiroshima,” the non-use and abolition of the nuclear weapons. 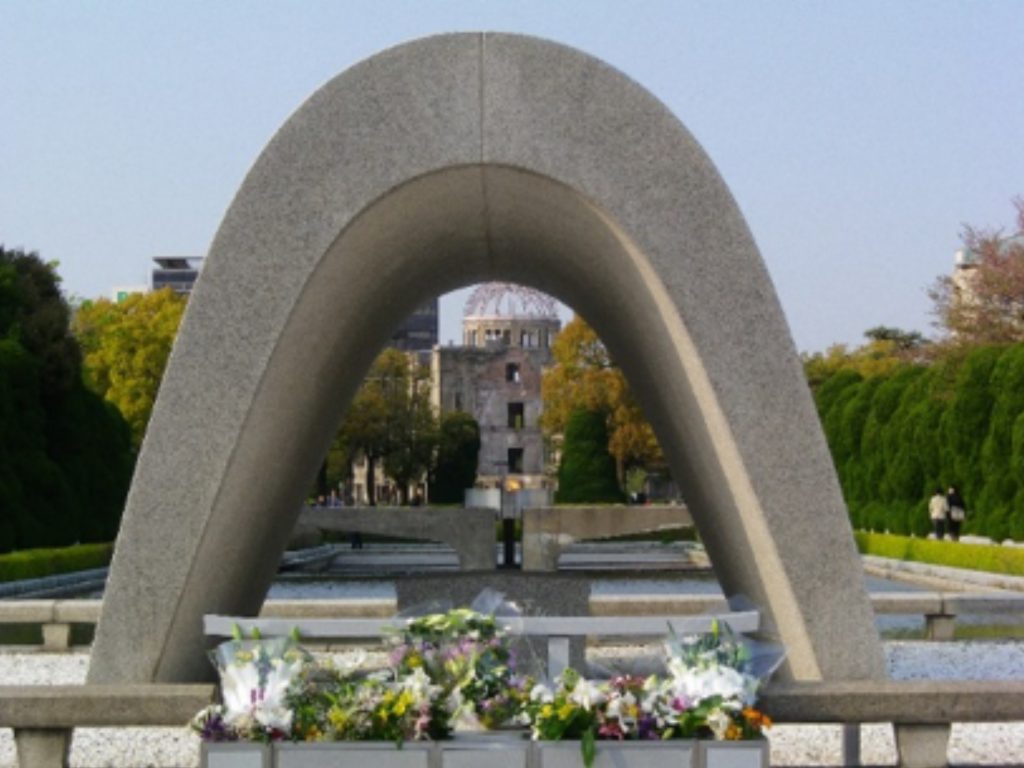 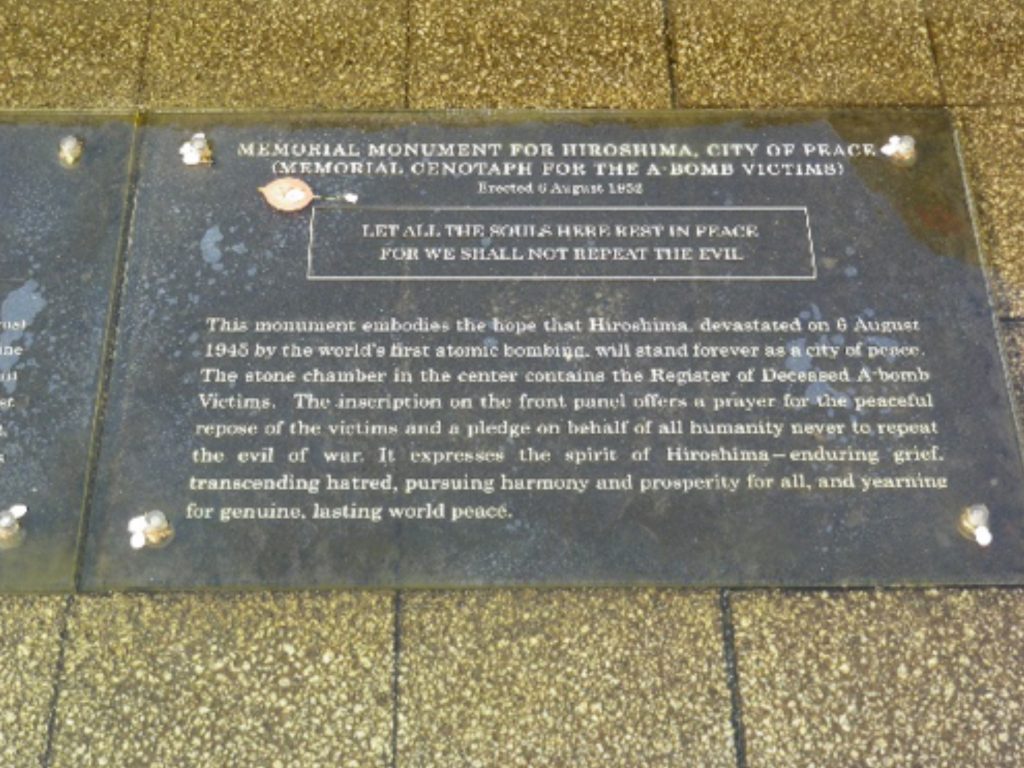 The monument under the Memorial Cenotaph for the A-Bomb Victims in the Hiroshima Peace Memorial Park reads: “LET ALL THE SOULS HERE REST IN PEACE; FOR WE SHALL NOT REPEAT THE EVIL (OF WAR).”

Despite the decades-long cry for “No More Hiroshima” involving many people around the world, nuclear weapons still exist for immediate use. In fact, we were close to witnessing the use of a nuclear bomb again at the height of the Cuba crisis in 1964. The number of nuclear states has increased. North Korea’s nuclear missile capability has become a significant threat not only to the US but also to all nations.

Shocking results of a US survey

Recently, I was shocked by the results of a US survey (Wall Street Journal, 21 May 2016), which subsequently became one of the main motives for me to create this website. The survey concerned can be summarized as follows:

A scenario given to the respondents:
Iran attacked a U.S. aircraft carrier in the Persian Gulf, killing 2,403 military personnel (the same number of people killed at Pearl Harbor). The US president was given two options: mount a land invasion to reach Tehran and force the Iranian government to capitulate (at an estimated cost of 20,000 American fatalities), or shock Iran into unconditional surrender by dropping a nuclear bomb on a major city near Tehran, killing an estimated 100,000 Iranian civilians (similar to the immediate death toll in Hiroshima).

Results:
59% of respondents backed the latter option, i.e., the use of a nuclear bomb. Even when the number of expected Iranian civilian fatalities was increased 20 fold to two million, 59% of respondents still approved of dropping the bomb.

There is another survey in the US that has drawn similar results: “the US public has only a weak aversion to using nuclear weapons… Americans’ willingness to use nuclear weapons increases dramatically [to more than two thirds of the respondents] when nuclear weapons provide advantages over conventional weapons in destroying critical targets (“Atomic Aversion: Experimental Evidence on Taboos, Traditions, and the Non-Use of Nuclear Weapons, ”American Political Science Review, February 2013).”

At the survey results above, I could not help having the following thoughts: “Were the deaths of innocent people and inhumane sufferings of survivors in Hiroshima forgotten and wasted?” and “Has Hiroshima’s cry for peace and non-use of a nuclear weapon been heard?”

Importance of correct understanding and acceptance of history
In a survey in 2015 by Pew Research Center, a question was asked whether the use of atomic bombs on Japanese cities in 1945 was justified or not, and 56% of American respondents replied in positive. We may argue that those respondents would be more likely to choose an option of dropping a nuclear bomb in the earlier mentioned survey. An important point is that it would be difficult for those who replied in positive in the Pew Research Center survey to accept an idea that indiscriminate, inhumane killings of people in Hiroshima and Nagasaki by atomic bombs was a crime against humanity, simply because they believe that the use of atomic bombs can be justified. It would also be difficult for them to accept the non-use and abolition of nuclear weapons (see the box below).

Most Americans have been taught that using atomic bombs on Hiroshima and Nagasaki in August 1945 was justified because the bombings ended the war in the Pacific, thereby averting a costly U.S. invasion of Japan. This erroneous contention finds its way into high school history texts still today. More dangerously, it shapes the thinking of government officials and military planners working in a world that still contains more than 15,000 nuclear weapons. (LA Times, 26 May 2016)

This website provides latest, correct information to challenge or deny the justifications people often have for the use of atomic bombs, hoping to pave the way for them to accept Hiroshima’s cry for non-use and abolition of nuclear weapons. I believe that correct understanding of history and accepting it is necessary for any nationals to learn the lessons from their history.

Stereotyped ideas prevailing in the UK

Another motive has come from my own day-to-day experience. After living in the UK for many years, I have become increasingly aware that what the general public know about the atomic bombings of Hiroshima and Nagasaki is very limited, and that the same stereotyped ideas are cited repeatedly even in TV programs by their hosts, for example, “the atomic bombings were dropped and (as a result) the war ended,” “without Pearl Harbour, (people in Hiroshima) did not need to suffer,” and “atomic bombing saved lives of tens of thousands of Allied soldiers”. The common feature of these comments is that the atomic bombings were necessary. On the contrary, I have never encountered people or a TV program referring to the atomic bombings on Hiroshima and Nagasaki as a crime against humanity. Even in the UK, although the level of tolerance among people for the use of nuclear weapons is presumed to be lower than that of the US, the same stereotyped ideas to justify the use of atomic bombs on Hiroshima and Nagasaki prevail. (Incidentally, an unclassified document reveals that Winston Churchill agreed that atomic bombs, after mature consideration, might be used against the Japanese in 1944. See Events and Facts.)

In a BBC program of early 2017, when I saw its presenter, who was a former Member of Parliament (MP), saying “(Harry Truman) dropped nuclear bombs on Japan and rebuilt her as a democracy,” I ultimately decided to create this website in order to provide the general public with diverse and in-depth information about the atomic bombings on Hiroshima and Nagasaki, instead of writing to the BBC. I do not think he meant that dropping bombs and rebuilding Japan were in a cause and effect relationship. However, as the phrase “the atomic bombings ended the war” is commonly cited, people do not take such an alternative view as: “the war could have been ended without the atomic bombings and the bombings were not necessary”. You will find sufficient evidence in this website that supports the alternative view. The box below shows one example. (Incidentally, the US Government did not provide any funds for rebuilding Japan, although they did change the institutions and systems in Japan to democratic ones.)

The US strategic bombing survey, commissioned by Truman, compiled by a civilian team including John K Galbraith and based on interviews with more than 400 US officers and on access to the complete Japanese military logs, reported in July 1946: “Based on a detailed investigation of all the facts and supported by the testimony of the surviving Japanese leaders involved, it is the survey’s opinion that . . . Japan would have surrendered even if the atomic bombs had not been dropped, even if Russia had not entered the war and even if no invasion had been planned or contemplated.” (Irish Times, 6 August 2015)

I do not blame or argue with those who believe that the atomic bombings were necessary to end the war or to avoid Allied Forces casualties. My concern is that merely justifying the bombings can be counterproductive to the efforts by Hiroshima and others to make the world a peaceful place without nuclear weapons. This website includes various information about Hiroshima and the atomic bombing. I would like you to spare time to read at least one or a few stories of survivors. 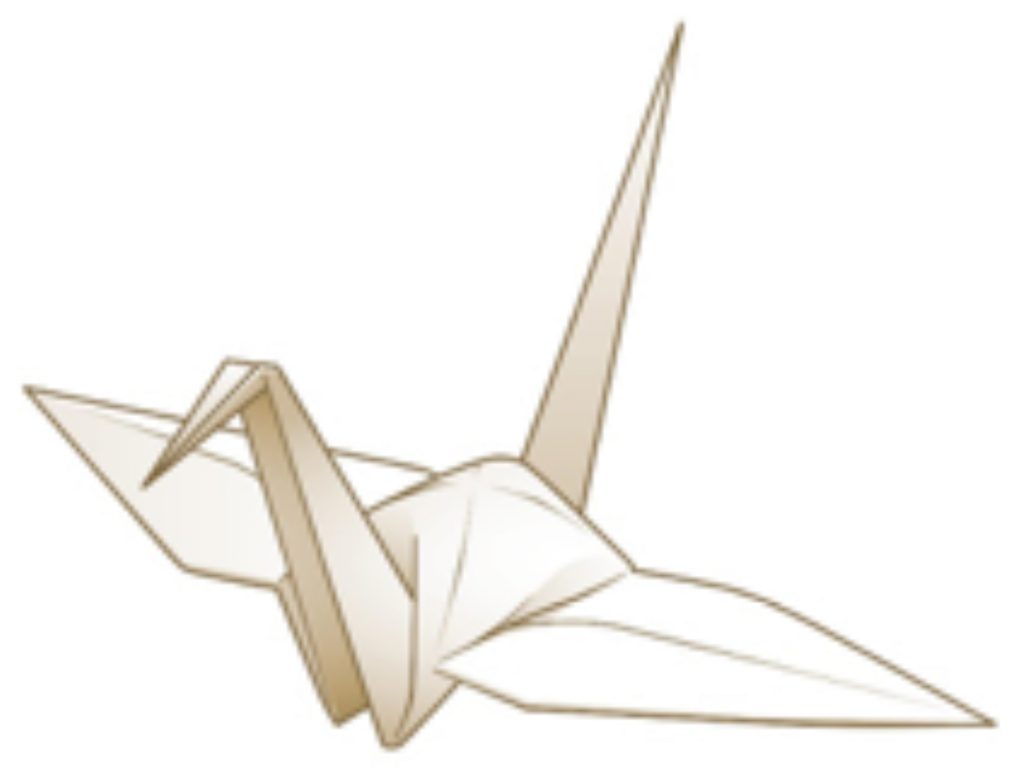