Dropping atomic bombs on Hiroshima and Nagasaki, killing indiscriminately hundreds of thousands of people, mostly innocent civilians, was a crime against humanity, no matter how some people or organizations try to justify it from a military or non-military viewpoint. Those bombs were targeted at urban centers to attain maximum destruction.

I would like you to spare 10-15 minutes of your time to read the judgement of the International Peoples Tribunal on the Dropping of Atomic Bombs on Hiroshima and Nagasaki issued in 2007. The (unofficial) tribunal was established in Hiroshima with international legal experts.

The following two paragraphs are an excerpt of the judgement:

“40. Turning now to the applicability of International Law to Crimes Against Humanity, the Tribunal takes into consideration the following aspects of International Law: a) The Second Hague Declaration of July 29, 1899, which prohibits “the use of projectiles, the object of which is the diffusion of asphyxiating or deleterious gases”; b) Article 23 (a) of the regulations respecting the Law and Customs of War on Land annexed to the Hague Convention IV on October 18, 1907, which states that ‘It is specially forbidden to employ poison or poisonous weapons’; c) The Geneva Protocol of June 17, 1925, which prohibits “the use in war of asphyxiating, poisonous or other gases and all materials or devices”; d) Article (5) (c) of the Charter of The International Military Tribunal for the Far East, “for waging inhuman acts against the civilian population during the second World War and the violation of the laws and customs of war”. Examined in their totality, the above referenced aspects of the law in relation to Crimes Against Humanity, the Tribunal notes that Crimes Against Humanity are those crimes that cause tremendous damage to ordinary citizens. Those crimes literally destroy humanity, or destroy the consciousness of human beings. They also destroy the ideas and philosophies of civilizations. The Tribunal notes that Crimes Against Humanity contains the following elements: 1) The perpetrator inflicted great mental and physical suffering and/or serious bodily injuries, by reason of inhuman acts; 2) The perpetrator was aware of the factual circumstances that established the character of the act; 3) The conduct was committed as part of a widespread or systematic attack directed against civilian populations; 4) The perpetrator knew that the conduct was part of or intended to be part of a widespread or systematic attack directly against a civilian population. In view of the aforementioned, the Tribunal considers that the characteristic elements of the Crimes Against Humanity were established by the defendants atomic bombing of Hiroshima and Nagasaki.

41. The Tribunal notes that the atomic bombing of Hiroshima and Nagasaki caused many civilians to suffer severe and prolonged physical and emotional pain and suffering, except for those who died instantly. The perpetrators of the atomic bombing were aware that these serious and catastrophic damages of the civilian population would be caused by the atomic bombing. The Tribunal finds that Defendants knew or should have known civilians would suffer injury or suffer the consequence of exposure to the radioactive material at least in addition to those who would face instant death. Finally, the Tribunal holds that the Defendants knew that the A-bomb was part of a systematic attack against civilian populations with the stated objective to end the war against Japan. Therefore, the Tribunal concludes that the illegal actions of the Defendants namely, the dropping of Atomic bomb on Hiroshima and Nagasaki constituted Crime Against Humanity.”

The judgement offers the following recommendations to the US Government:

“55. Based on these findings of facts and conclusions of law, the Tribunal makes the following recommendations to the United States government:

The above-mentioned tribunal does not have any power of coercion on its judgements. The case has not been taken to the International Court of Justice, which can be done only by nations and not by individuals or organizations.

Mr Obama made a historic visit to Hiroshima on 27 May 2016 as the first incumbent US president. He was warmly welcomed by the citizens of Hiroshima. Before the visit, the White House made it clear that the visit should not be interpreted as an apology.

In his speech in the Hiroshima Peace Memorial Park, Mr Obama said: “Technological progress without equivalent progress in human institutions can doom us. The scientific revolution that led to the splitting of the atom requires a moral revolution as well.” As expected, he did not offer an apology.

Earlier in 2009, Mr Obama made an important speech in Prague where he said “…as the only nuclear power to have used a nuclear weapon, the United States has a moral responsibility to act. … So today, I state clearly and with conviction America’s commitment to seek the peace and security of a world without nuclear weapons.” On this occasion as well, he referred to “moral.”

Similarly, in September 2016, when Mr Obama visited Laos, he said “the United States has a moral obligation to help Laos heal.” He made this remark because the CIA-waged secret war in the 60s and 70s killed 200,000 Laotians, one tenth of the population at that time and left a numerous amount of unexploded ordnance, which additionally has killed over 20,000 people.

Although Mr Obama is regarded as a great president and known to have worked hard on the issue of nuclear disarmament, earning a Nobel peace prize in 2009, a question that should be asked is whether the killing of over 220,000 people in Hiroshima and Nagasaki in an indiscriminate manner or the killing of 200,000 Laotians as a result of indiscriminately bombardment was just a moral issue or not. In other words, was such an act just an immoral act and not a crime? If it was a crime, those who committed the crime should be brought to justice, which he would agree with.

Although no overly critical comments of Mr Obama were exhibited in the media in Hiroshima or in Japan, certainly there were people in Hiroshima who were disappointed. A further concern might be that with political leaders not being able to acknowledge the criminality of the atomic bombings or offer apologies to the victims and their families and the public being open to the use of nuclear weapons when provoked, how can the US possibly persuade other nuclear states to abandon their nuclear weapons? 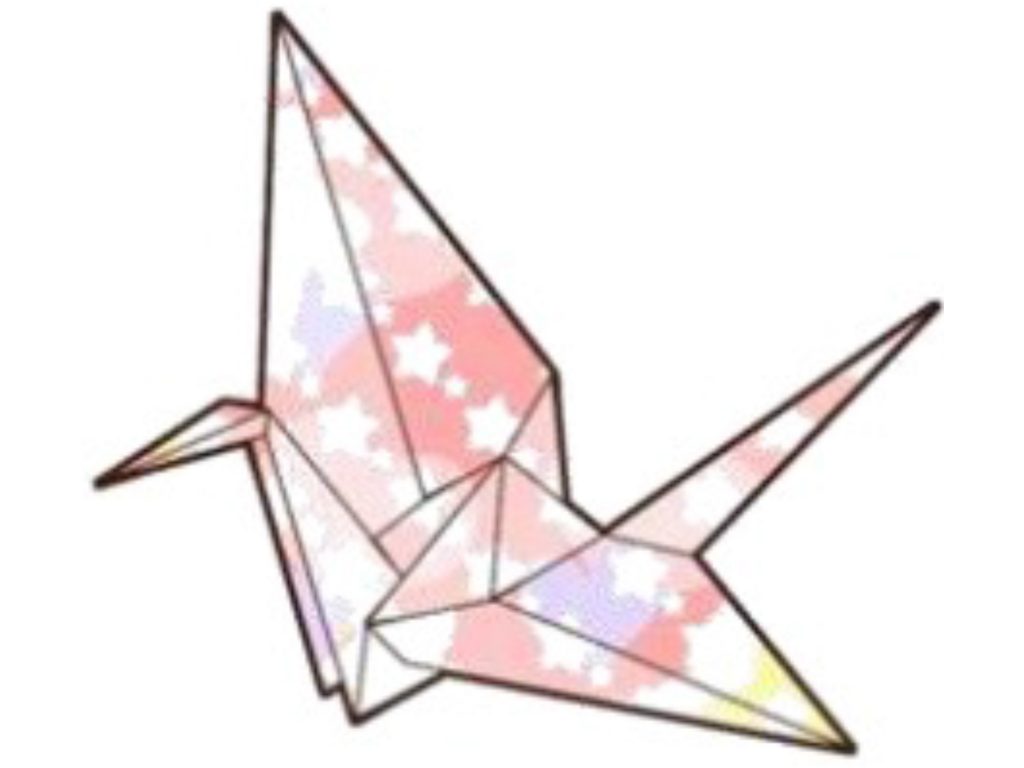 Sadako and the Thousand Paper Cranes
Sadako Sasaki was only two years old when the atomic bomb was dropped on Hiroshima. She was exposed to the radiation of the atomic bomb. When she became 12 years old, she started developing radiation caused symptoms, swellings and purple spots on her body. She was diagnosed of leukemia and hospitalized in February 1955. Learning from her friend about an old saying that a wish can be realized by making 1,000 origami cranes, she kept folding cranes until her death in October 1955. A tower was erected in the Hiroshima Peace Memorial Park in 1958, on which stands a statue of Sadako holding a golden crane. A plaque at the tower reads: “This is our cry. This is our prayer. Peace on Earth.” Some of Sadako’s paper cranes were donated to museums and other places by her family.