The population of Hiroshima decreased from the pre-war peak of 419,000 to 137,000 in November 1945. Since then, people started moving back to the city. The population in 1951 was estimated at 302,000. The population continued to increase; and today it is over one million. Hiroshima is a commercial hub of Western Japan with large international companies such as Mazda. Here are some pictures of Hiroshima of today and the past: (Contribution of relevant pictures is gratefully welcome.) 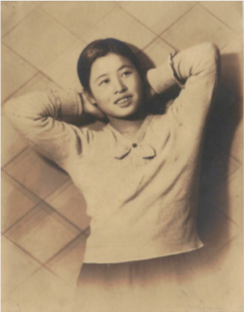 My grandmother (Kiyoko Tsumura) when she was young. She was 46 years old when the atomic bomb killed her. She was believed to be at a hair solon in Takeya-cho. 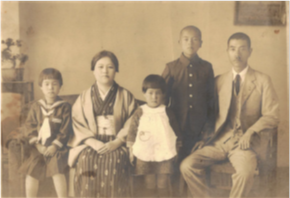 My grandparents’ family photo taken perhaps around 1935. All but my grandmother survived, including my father (second from right). 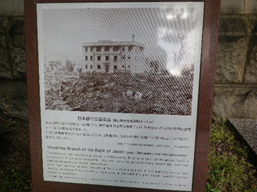 Hiroshima Branch of the Bank of Japan, External structure survived, but 42 workers inside were killed. 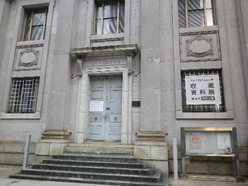 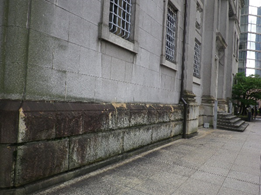 Hiroshima Branch of the Bank of Japan, Lower part seems to show the impact of heat rays. 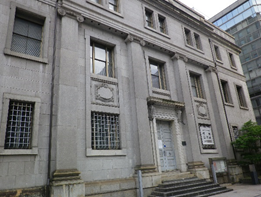 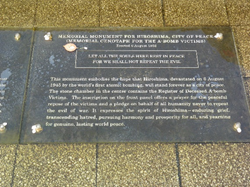 “LET ALL THE SOULS HERE REST IN PEACE; FOR WE SHALL NOT REPEAT THE EVIL” (Memorial Cenotaph for the A-Bomb Victims) ”We” is intended to mean all humanity. 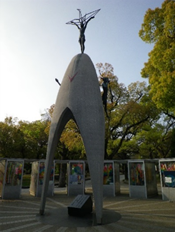 The Children’s Peace Monument in the Peace Park. A crane is a symbol of longevity and happiness in Japan. 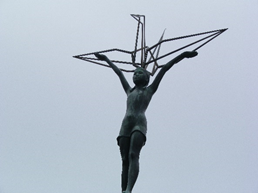 The crane features a story about Sadako Sasaki, who folded one thousand origami cranes before her death. 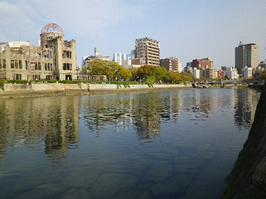 People went into the rivers for water, as dead bodies were floating and some crying for help. 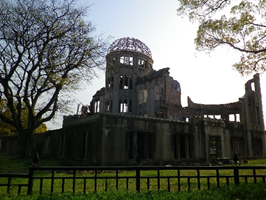 Aioi Bridge; it is the north entrance to Peace Memorial Park. The previous one, with another one forming a T shape, was the target of the atomic bombing. 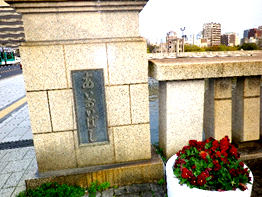 Aioi Bridge; the calligraphy for the name was written by Hirokichi Nadao, former speaker of the House of Representatives from Hiroshima. 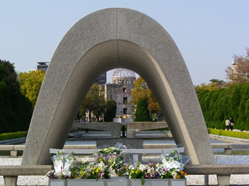 The cenotaph for the Atomic Bomb Victims is the heart of the Peace Memorial Park. Behind are seen Flame of Peace and Atomic Bomb Dome. 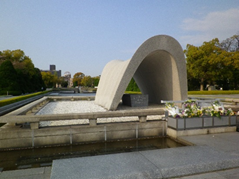 The stone chest beneath an arch contains a record of the names of all the victims regardless of the nationality. 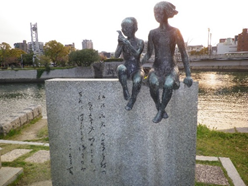 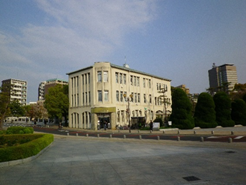 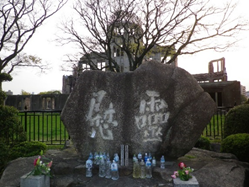 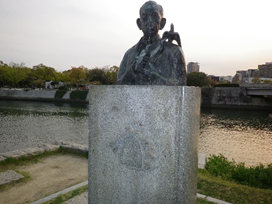 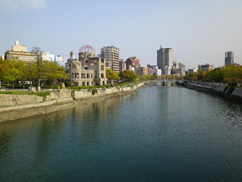 Motoyasu River, Atomic Bomb Dome on the left and Peace Memorial Park on the right. 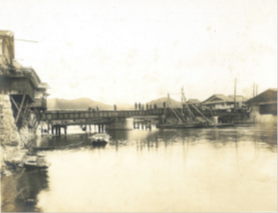 Enkoh Bridge over Enkoh River before 1926. It was the only bridge available that lead to the city center when Hiroshima Railway Station was built in 1894. 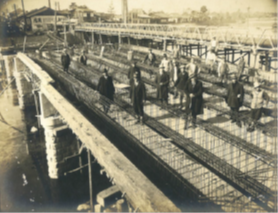 Enkoh Bridge became a reinforced concrete bridge in 1926. It survived from the atomic bombing.